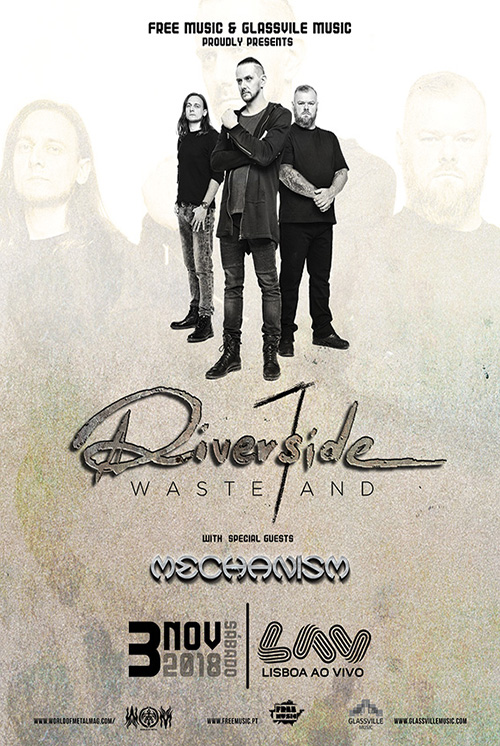 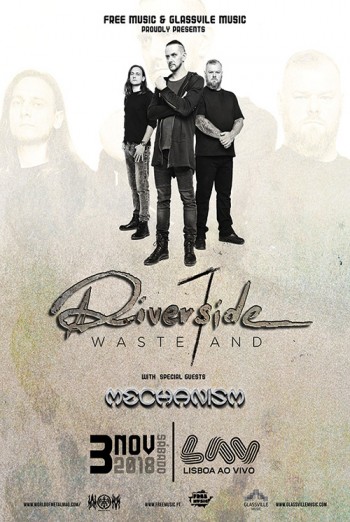 Riverside, Progressive Rock and Metal giants, in activity since 2001, will perform in Portugal, at LAV - Lisboa ao Vivo at November 3rd, Saturday, in promotion of their 7th and latest record - Wasteland, to be released in September.

After the unexpected death of the guitar player Piotr Grudziński in the early 2016, the band reinvented themselves, creating the most mature and emotional record until now - Wasteland, that we'll have the pleasure to watch live, along with a retrospective from a long career so far.

Before Riverside, we'll see on stage their special guests - MECHANISM, Progressive Rock / Metal band. They debut in August 2010 at the 3rd edition of ProgRock Festival in Poland, where they won the first prize. They're currently promoting their conceptual album "Between the words".

At the moment tickets are not available for sale.

An error occurred while updating your cart.

You have reached the maximum ticket limit for this event.

Your cart has been updated successfully!

By browsing our website and / or using our services you accept the use of Cookies. Close this notification

Event added to your wishlist!